Everything You Need to Know About Snow Removal in St. Louis

Everything You Need to Know About Snow Removal in St. Louis

How often have you needed your driveway plowed but didn’t know where to go? Or maybe you thought you knew who to call, but they ended up disappointing you in one way or another?

The winter months are harsh on the roads and sidewalks of St. Louis, Missouri, primarily when it snows and covers them with ice and snow. With snow removal in St. Louis to combat the cold weather, you won’t have to worry about slippery sidewalks and dangerous roads anymore.

Snow removal in St. Louis is an essential part of keeping winter roads clear, but there are a few things you might not know about snow plowing services in St. Louis:

When it comes to clearing your property of snow, there are a few options at your disposal. You can do it yourself with a good snowblower or shovel, you can hire someone to come clear it for you, or you can make use of the snow plowing service in St. Louis.

As you begin to consider which option is best for your home or business, it’s essential to understand what these services entail. For instance, snow plowing service in St. Louis involves removing snow from a space with a snowplow or front-end loader.

On the other hand, snow removal in St. Louis involves using shovels and other methods to remove excess snow from your property. Snow removal might seem cheaper and less time-consuming when you look at it in its purest form, but depending on your property’s layout and what works best for you, it might not be as simple as it appears at first glance.

It’s not a secret that snow plowing is an effective way to keep parking lots, roadways, and sidewalks clear of snow, sleet, and ice all winter long. But what about some other benefits that you may have never considered? Here are some benefits you didn’t know about snow plowing services in St. Louis to get you thinking.

The most significant risk of using a snow plowing service in St. Louis is falling ice chunks. Many homeowners have never lived anywhere else, so it’s easy to take snow removal services for granted.

If you have company vehicles that have been well maintained, you may be able to use them during snowstorms without worrying about damage; otherwise, it might be best not to go out with your fleet and instead book an appointment with a local snow-removal service provider and make use of a snow plowing service in St. Louis.

We also have more snow to deal with in St. Louis, and that makes it necessary for us to keep roads clear, homes heated, and businesses open through all but our worst winter storms.

There are plenty of benefits to hiring a professional snow removal company for your business or home, but that doesn’t mean there aren’t drawbacks as well. Today, we will discuss both sides of our analysis and see if we can help you better determine whether snow removal services are right for you.

As much as snow plowing service in St. Louis is seen as a quick fix, it also has its own drawbacks, some of which include:

Best Times to Call For a Snowplow Service

Are you trying to figure out when you should call for a snowplow? If it’s been a few days since you’ve had snow and don’t think it will be coming down anytime soon, then it might not be worth calling a plow company. However, if there’s still snow on your walkway and driveway, it is probably time to call your plow guy.

While most of us think that snow plowing service in St. Louis is something to worry about when you wake up to a blanket of white, there’s quite a bit of prep work involved with keeping your driveway clear. If you want to save yourself some headaches, here are a few scheduling tips. Letting your plow know ahead of time: Plows often have schedules they need to keep to make sure they can serve as many customers as possible. As a result, it’s not uncommon for plows to get booked out weeks in advance.

The best way to ensure you don’t lose out on the snow plowing service in St. Louis during these times is by letting your plow company know well before each storm rolls in. This ensures you stay on top of their priority list and also gives them ample time to prepare for any weather issues that might arise on their end.

If you’re thinking about doing some shoveling yourself, your best bet is to wait a day or two after a storm ends. The snow will usually compact over time and become easier to handle without requiring much effort or energy to remove. Once you’ve cleared off your sidewalk, make sure you clear off any drain spouts or grates that you may hide underneath.

Otherwise, you could end up with water pooling around them and causing flooding later. These tips should help make all of your snow removal efforts more effective than ever before. Schedule an appointment for snow removal in St. Louis. In general, it’s better to keep snow away from your home rather than remove it after it falls. But if you can’t avoid having to deal with fresh snowfall, scheduling an appointment for professional snow removal in St. Louis is probably the most efficient way to go.

Snow plowing and snow removal are services that many St. Louis residents utilize each winter to ensure they’re not stuck in their homes come blizzard time and for a good reason. There’s no better way to move snow than with heavy machinery, especially if you have a large driveway or alleyway that needs clearing out.

Snow removal in St. Louis ensures that you’ll not get stuck inside your home during bad weather. However, that doesn’t mean there aren’t some drawbacks to snow plowing; for instance, a lot of people struggle with figuring out when to have their plow service set up and how much it will cost them per storm. You don’t want to get caught without a plan during a horrible winter!

Who they Best Serve

The snow plowing service in St. Louis doesn’t just help people who don’t have vehicles to remove snow from their property, but also those that are physically unable to do so themselves. Snow removal companies offer much more than a physical service—they also provide an additional sense of security and peace of mind to those who feel they would otherwise be at risk if they didn’t have these services available.

Snow removal in St. Louis also benefits those with a vehicle available but don’t have time to remove snow from their property before work or school starts. Getting snow off your driveway can be very time-consuming, and it can put an early end to any plans you might have for that day. But when you hire professional snow plowing services, those worries melt away!

Generally, nobody enjoys shoveling snow—it’s an arduous task, especially when you have a lot of it to move and you don’t want to spend a ton of time on it. But if you live in an area that sees snow every year, you may as well find a way to make things easier on yourself and your back. That’s where snow removal and snow plowing services in St. Louis come into play; they can get rid of snow for you so you can spend more time doing other activities. Check out our services here, and don’t be afraid to reach out with any questions.

snow removal weather winter
« How to Achieve Your Dream Landscape Designs
Our Best Tips for Sod Installation in St. Louis » 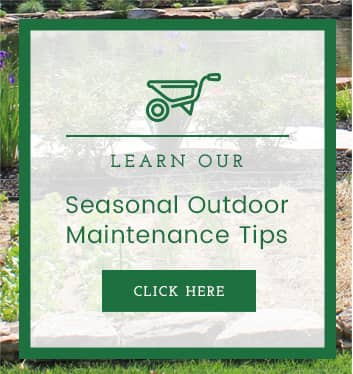 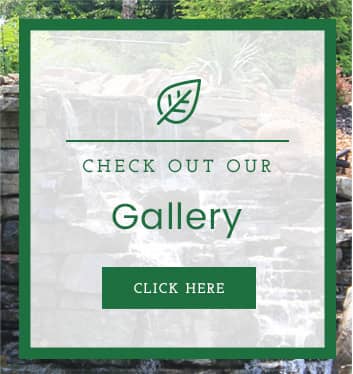 Not gifted with a green thumb? We’ll lend you ours.